Everyone can freely publish their opinions and information on social networks whether factually correct or not. Anyone can buy Instagram likes and publish anything on social media. This uncontrolled spread of possible misinformation can have a significant impact on the fight against climate change.

Climate change represents one of the greatest challenges humanity has ever faced. The all-encompassing influence of humans on the planet cannot be overlooked. There is no longer a place on earth that has not yet been touched by human hands. Three-quarters of all ice-free areas have been modified by humans. All humans, plus the animals they feed on, now make up 96 percent of the total weight of all mammals on the planet. Only 4 percent comes from wild animals.

Countless amounts of information are disseminated every day on social media such as Facebook, Instagram or Twitter both true and false. Distinguishing between these two types of information is sometimes not that easy. It often leads to a user being taken in by false information also when it comes to climate change. Factually incorrect information and opinions in this context can lead to a real threat in the fight against global warming and the loss of biodiversity.

Social media reports have created a toxic environment where it is now very difficult to get facts. One of the biggest challenges facing humanity right now is your inability to distinguish fact from fiction. This undermines democracies, which in turn limits your ability to make long-term decisions needed to save the planet. Actions needed to create a sustainable planet could be harder to push through and implement if they continue to be targeted on social media. International cooperation in the fight against global warming and the loss of biodiversity could also be jeopardized by the spread of misinformation on these platforms. 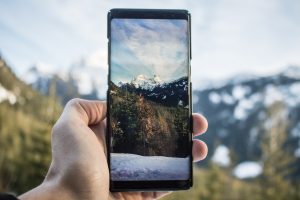 Social media as a catalyst for climate protection

Demonizing social networks as climate killers from the outset is not the right approach. They not only have the potential to spread misinformation but can also give impetus toward climate protection and species protection. People can network on social media and join together to form social movements. Social networks can act as global catalysts for social change toward environmental protection.