The intense drought in the United States is not assumed to end anytime soon, according to NOAA’s recently updated winter forecast.

As per Jon Gottschalck, head of the operational prediction department at NOAA’s Climate Prediction Center, forecasters from the National Oceanic and Atmospheric Administration expect persistent widescale drought throughout a significant portion of the West. 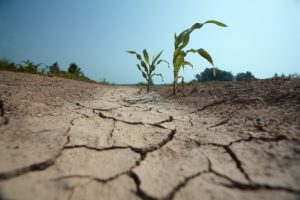 Accordingly, almost no relief is anticipated for farmers and ranchers this wintertime in the Western as it is predicted to continue suffering from catastrophic drought.

In most parts of the Western United States, it’s the third year of intense drought that negatively affects agriculture. This phenomenon is actually raising the risk of wildfires, and having an effect on tourism as well, according to Brad Pugh, at NOAA’s Climate Prediction Center.

NOAA forecasts drought conditions in Central California are at their worst as there’ll be warmer temperatures and below-average precipitation throughout the winter. The Gulf Coast and most of the South are subject to the same forecast.

It is also expected to have an impact in the lower and middle Mississippi River valley, where low water levels have already caused barges to become trapped in mud and disrupted transportation and recreational boating.