While the business of providing self storage units has become a billion-dollar industry, its environmental impact and carbon footprint has attracted attention. 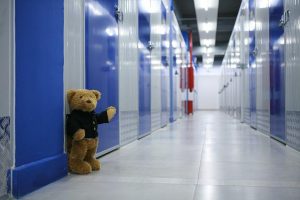 Environmentalists are wary that the amount of energy used to build the facilities have left behind large carbon footprints that are now contributing to the worsening effects of climate change. Not to mention that the storage units also require considerable amount of energy to keep the interior of each storage unit under controlled climate conditions.

Government Study Quantifies the Carbon Footprint of Self Storage Facilities

A study conducted by the Department of Archaeology and Historic Preservation of Washington D.C, disclosed that a typical 50,000 sq. ft. commercial storage building uses as much as 80 billion British Thermal Units (BTUs) of energy. The measure is equivalent to about 640K gallons of gasoline. That much energy is nearly the same amount of yearly energy used by some 656 homes, which is just for the operations and lifetime maintenance of every single unit of self-storage. 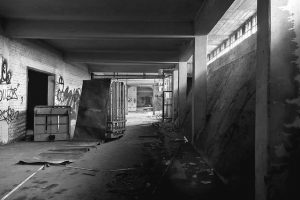 The study also stated that the construction and operation of buildings already used 39% of the total energy spent, and 43% of the carbon emitted. Other environmental issues also mentioned in the study is the substantial amount of energy used in managing the debris generated by the demolitions and construction projects.

Concerns reported in the study included the removal of trees and habitats that serve as carbon collecting systems that naturally reduce the amount of carbon build up taking place in the Earth’s atmosphere.

Can Storage Facilities Weather the Extreme Changes in Climate Conditions?

Despite the environmental issues raised against storage units, there are some good reasons why people, especially those running a business, utilize storage facilities. Their use became even more pronounced during the pandemic when certain events forced business owners not only to lock down, but also to board-up their establishments.

Many households also found it necessary to temporarily move to smaller spaces or move in with their parents during the pandemic. The self-storage units were life savers as they were able to relocate quickly with the help of man and van companies that also offered a self storage unit to accommodate things they cannot bring to their new home.
Yet bear in mind that a storage unit is best intended as a temporary place in which to keep belongings, if there is no extra room or appropriate space available. Using a unit permanently as if it’s an extension of your home is not a sustainable practice. You will be paying rent for a space that is not energy efficient in the first place.

Moreover, do not be too sure that the climate-control and temperature-control features will be able to stand the changes in temperatures and humidity caused by the worsening weather conditions. Such devices were developed under normal changes that were dependent on previous and past experiences. Take note that weather events before did not result to extreme heat or extreme freezing temperatures that are now occurring even in places that have never experienced snow or warm temperatures before.
Storage facilities are no doubt practical solutions for people and businesses who need to relocate whilst needing a temporary place in which to keep things organized, while awaiting actions for their eventual disposal or relocation.